We know you folks love the #DiagramoftheDay, so we definitely can't exclude it in our advent calendar. So here's more of them. And additionally, the whole Touchpoint Journal article where they are taken from. Usually this kind of content is only accessible to our paying SDN members. But we're feeling the Christmas spirit. Enjoy the great read.

Human Machine Collaboration: Designing for a New Kind of Relationship

As we shift towards an AI world, service designers have an important role to play in designing a new relationship between humans and computers in the workplace.

Service designers will need to conceptualise and design interfaces that are well-suited to translating meaning and enable a true collaboration between humans and AI, in order for this human-machine relationship to thrive into the future.

Growing up, one of our favourite cartoons was The Jetsons. The moving sidewalks and humanoid robot assistants seemed like the ideal future that we wanted to live in. Society has long celebrated machines doing things for us – washing our clothes, cars, dishes and teeth. The machines of the past were not sophisticated. We had to program their every move. With the (re)emergence of machine learning and advances in deep learning, we are seeing AI that can ‘perceive’ and ‘think’ in ways that are not pre-programmed in an “if this then that” format. These advances have opened up a world of possibility. Suddenly a Jetsons-like world seems not so far off. As we transition towards AI ubiquity, practical questions and concerns are arising. How will AI change our lives and the way we do things? Will it replace humans in the workplace? Or will AI integrate, adapt and participate seamlessly in our complex human systems?

To many, AI seems mysterious, unknown and – unfortunately – threatening. The media perpetuates this reputation by constantly using Terminator imagery to describe AI. Without understanding how AI works or its current limits, it’s easy to get caught up in fear-mongering headlines and predictions about a ‘robopocalypse’. It can also feel like a threat to our job security, our livelihood, our sense of work community, and even our sense of importance and identity – spanning multiple levels across Maslow’s ‘Hierarchy of Needs’. This concern is amplified by the stories we see in TV and movies – Ex-Machina, Westworld, Blade Runner 2049 – that paint pictures of Artificial General Intelligence (AGI)1, or AI that can successfully complete intellectual tasks at a human’s level of intelligence. Even though AI is nowhere near the kind of general intelligence that is portrayed in the movies, this framing combined with media coverage reinforces a perceived power imbalance; the sense that AI is all-knowing and coming to replace us. All of this can leave us feeling defensive, creating little room to think about collaboration or possibility.

The duality between AI replacing workers versus AI augmenting workers has been damaging the relationship between humans and machines for too long. Besides, this debate misses the mark.

The reality is, AI’s abilities are specialised and narrow. AI is very good at tasks such as performing the complex calculations required to recommend the best courier delivery route to get from a fulfillment centre to various addresses receiving packages, or at performing repetitive tasks such as reviewing medical files to find patterns leading up to a particular diagnosis or condition. Meanwhile, there are things that humans remain much better at, that we may take for granted, such as drawing information from multiple sources, extrapolating nuance from context, and using emotional intelligence and ‘common sense’. This makes us especially good at things like improvising, negotiating, explaining, teaching, collaborating, making jokes, caring for others and leading others. Combining human and machine capabilities has the potential to amplify our respective strengths. That’s why leveraging AI’s narrow capabilities in the workplace is so attractive.

The human-machine relationship is reciprocal. For example, imagine an AI tool that helps a claims examiner at an insurance companies identify fraudulent claims by flagging potential fraud files early and identifying new fraud patterns. This tool requires a human to monitor, guide and train the tool to handle new situations that the examiner identifies. At the same time, the tool enables the examiner to do a better job than they can do alone. As it improves, the tool frees up time for the examiner to focus on more strategic and rewarding parts of their role, such as prevention and customer interactions.

There is an opportunity for a meaningful human-computer relationship that is win-win. As we shift towards an AI world, service designers have a role to play, alongside engineers and technologists, to ensure that the interactions and experiences between humans and machines are desirable, human-centred and create positive social outcomes.

What does the proliferation of AI tools in the workplace mean for service designers?

AI – the new stakeholder on the map

Service designers often support and facilitate the relationship between users and the service provider through the deployment of technology. A good service design follows principles around technology such as: “technology should not be the driver but the enabler of a service”, or “technology follows”. It is never forced into the design.

The rise of intelligent technologies is changing the equation. Service designers addressing workplace challenges will need to consider AI as not only a tool, but also as a new stakeholder with its own set of conditions to succeed. AI has the potential to learn and evolve in order to transform our workplace through the automation of tedious tasks, improved engagement with important stakeholders, and providing timely insights and enhanced decision-making.

Therefore, to maximise the benefits of AI, service designers need to start thinking not only about how to use technology to complete tasks, but also how to mentor this intelligent technology to enable workers to focus on the most rewarding aspects of their jobs.

Considering AI as one of the key players in delivering a service is a new paradigm for the service exchange. Designers will need to build tools that enable all users – AI systems included – to overcome barriers in the system. In addition to data availability, system integration and the ‘socialisation’ of solutions, a major barrier to an AI-enabled service exchange is communication between human and machine.

The need for two-way communication arises when a human is interested in understanding why a machine made a certain prediction or recommendation. The fact that humans and machines process the world differently complicates communication and collaboration.

Two-way communication between workers and machines is a key interaction to enable human-machine collaboration and to ensure that AI tools are user-friendly.

When you or I look at an image of a cat, we may see furry ears, a tail and whiskers, whereas a machine sees clusters of pixels. In order for an AI to explain in terms that we understand why it classified an image as a cat, the machine must first know our mental model of a cat (having furry ears, tail and whiskers), and apply these labels against its own perception of what makes up a cat (a certain arrangement of clusters of pixels).

If the machine were to simply provide us with the causal chain of calculations (i.e. the machine’s language) that led to the output “cat”, it would not be a useful explanation. There are millions of variables, each with their own weight, that go into any given AI output. An additional layer of analysis – a translation – is required to put the explanation into terms that are understandable to humans.

Instead of binary yes-or-no outputs, or complex chains of calculations, service design can enable a more nuanced exchange between the machine and the worker, thereby enabling the worker and the AI to work together more harmoniously. Highlighting the most important variables considered by the algorithm, visualising the key decision-making points and patterns, displaying the level of confidence (i.e. accuracy, precision and recall scores3) in the proposed output, or even ‘chunking’ the output into more manageable deliverables, may be features that future interfaces consider for a smoother handover between human workers and AI tools.

Likewise, humans will require ways to feed information into AI models to teach those models to become better over time (such as training an insurance fraud detector to improve its alerts and predictions over time) and in order to co-produce outputs. For example, Waze, the route-mapping app, finds the fastest route using both its algorithms as well as other users’ real-time inputs about accidents and other traffic disruptions.

Explanations are hard enough between humans, let alone in human-to-machine cases. Our language is often context-specific, fuzzy and imprecise. For example, the concept of a “small town” would vary widely between someone who grew up in a sparsely populated country such as Canada, compared to someone who grew up in a country like China, where a town can have a population of three million. When speaking with other humans, we ask for clarification and we make inferences based on what we already know about the conversation and context, as well as about the person we’re speaking with. Despite the fuzziness of the language, humans manage to have meaningful conversations with one another.

Service designers will need to think-through and design interfaces that are suited to translating meaning between humans and AI. These interfaces will need to create the conditions for humans to provide consistent, clear and accurate inputs that set the machine up for success. This will mean taking into consideration things such as the current cognitive load of the human worker while providing inputs, and the different ways humans express meaning (do workers have varying language or mental models to describe the same phenomena?). Getting these elements right will require early and frequent usability testing throughout the development process of the AI tools.

A new kind of relationship

There is a current opportunity to develop a new collective intelligence and build human-machine systems that can sense, analyse and act collaboratively. This new collaboration creates greater efficiency and effectiveness than would be possible without the other, by pairing the complementary aspects of human cognition and empathy with AI abilities.

As AI makes its way from research labs to workplaces, the teams building AI tools will require support from service designers to facilitate the interactions, experience, and relationships between humans and machines.

For this human-machine relationship to expand and thrive in the future, it will be essential for service designers to immerse themselves in the possibilities of the technology, and apply human-centred methodologies towards facilitating a symbiotic relationship in which machine and human systems can build upon one another, elevating the potential of both parties to new heights.

1 What is AGI by The Machine Intelligence Research Institute https://intelligence.org/2013/08/11/what-is-agi/2 The Theory by Practical Service Design https://blog.practicalservicedesign.com/demystifying-service-design-part-1-56be3322d0703 Accuracy, Precision, Recall or F1? by Towards Data Science  https://towardsdatascience.com/accuracy-precision-recall-or-f1-331fb37c5cb9

Want to contribute something as our #SDsanta, too? Sam's inbox is thirsty for your mail.

Want those goodies to come to your inbox directly? Sign up here for the good news. 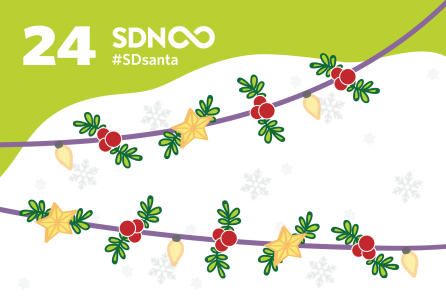 Get ready. It's #SDsanta's last day. Here is our final Christmas gift to the SDN community. 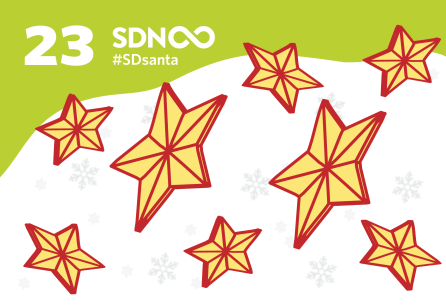 By now, you already snow the drill. Open and enjoy! :) 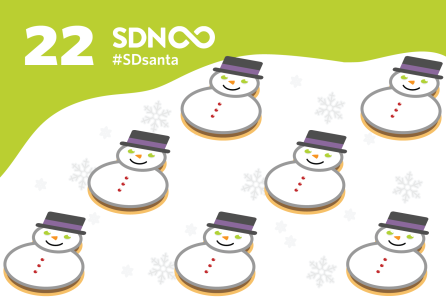 This #SDsanta pulls a hattrick! Enjoy the special Christmas goodies. 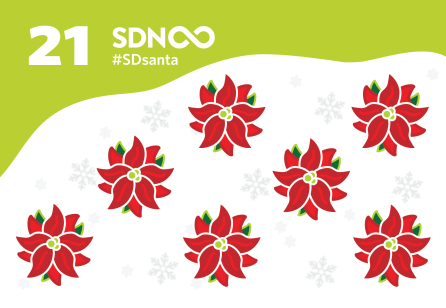 This thing here has gotten standing ovations. Have a look what's behind door 21 of the #SDsanta Advent Calendar.