Choice architecture is the design of different ways in which choices can be presented to consumers, and the impact of that presentation on consumer decision-making.

Recently I had a talk with a friend. He told me that he was out to withdraw some cash, turned the corner and encountered with an expected situation: there was a huge line right in front of the ATM. Since he was in hurry, he didn’t even care if he could face a charge of bank commission so he has moved to the next ATM of another bank, which was not in use by anyone at that moment.

Now we are talking about a profile that normally not even once intends to take a receipt: ”For all kind of transactions that I can carry out at my own bank’s ATM, what I need to do is just to push the button at the bottom-right corner. Since the right answer of the last question is 'NO', right over the button at the right side of the screen, an 'NO' option is already available. My bank is evidently diverting me. I have already withdrawn my cash, the transaction is over and I need to return back to the office as soon as possible. I don’t even have time to reconsider anything. On the screen of the ATM of another Bank, with which I am unaccustomed to use, pops up some trees and as i am trying to comprehend what is going on, mistakenly my hand reaches out to the button at the bottom-right corner. And it’s too late. Even I didn’t wish it to come out, the receipt is printed out from the printer of the ATM."

He summarized the subject as 'Incentives and Behavior'. Our choices and values may not match with each other all the time. Our brain works in a different way. There are a lot of criteria we need to meet in order to make a choice.

Just like me, he is also obsessed with the brain subject.

The secret world of the brain

We had revealed some mysteries of the brain in the previous issue and had explained, as being prone to become automatic, how the brain tries to reduce the number of decisions by thinking. Afterwards we had talked over the decisions, which are given by 'thinking' and the stages during decision. We have also mentioned that people need a hand in order to have preferences and also have named those as "Choice Architecture", who are consciously or unconsciously providing support. We had also mentioned that the professionals who are working in the field of Sales and Marketing are the natural elections architectures and brought forward the details to be discussed in this writing.

“The Choice Architecture” and “the Choice Architect” terms were brought into use for the first time in the book Nudge, which was written by Richard H. Thaler and Cass R. Sunstein. Besides defining the term “choice architect”, the book also mentions that the human being definitely needs guidance on how to give a decision. It is also underlined that almost all of the occupational groups consciously or unconsciously involve “Choice Architecture”. The engineer who is responsible of the screen design in the above mentioned ATM story, is also a secret “Choice Architect”.

You have arrived a huge parking area and wish to park your car. And you hardly see a couple of cars around you. Since you have plenty of alternatives for parking, you have difficulty in giving a decision. Most people cannot give an instantaneous decision in a empty parking area. The more alternatives you have, the more it vanishes. The main goal of the choice architectures is to reduce the number of alternatives and open some doors for the decision-maker.

Lets have a look at the topic with the eye of marketing: in a such automatized decision process, the creation of the correct stimulation, drawing attention of the target group and influence on the flow are essential steps. Using the right method in the right place is the key part. It is a voyage, which begins with the senses and extends over stimulation and then over behavior... Lets go beyond that book and give a couple of interesting examples and examine different subjects.

Creation of stimulation - the methods

Lets start with the “Denomination”. The test, which was mentioned in an academic article written at 2006 and named as 'The effect of denomination over decision', is quite interesting. The experimental subject were shown two colors and expected to choose one of them. Actually the colors of both are identical but the names are different: the name of the first one is “brown” and the other one is “mocha”. People are predominantly choosing the color “mocha”. The names which trigger the senses might be much more effective. Denomination is an important mediator of stimulation.

One of the other important stimulation methods is the “default values”. The word “default value” is a typical word that a computer programmer is used to hear even in the first few weeks of a lecture. The parameters are often initialized with default values; otherwise the system gets caught into an infinite loop. The default values are quite important in the decision stage of the brain. The default values that you are going to assign play a decisive role. For instance, you give an advertisement in Facebook and the screens that administrate you, tell about the simplicity of this event. It is said that advertisements affordable for every budget can be given. But right after finalizing your choices, it comes to the point where you need to set the budget. Do you want to assign the total budget or the daily budget? In reply to these questions, the default values are already assigned: Daily budget and 100$. Of course you are allowed to change the answer but the system administrates you by using these default values. If you are up for a daily campaign, you are urged to perceive as if you should get prepared for a payment of 100$. However the lower limit is much smaller than that. (Recently i have not tried so the numbers may be changed)

"Incentives" is also an important motivation system. Although IKEA is subject to our current example, in fact we are talking about the methods that those huge retailers are applying. You entered inside and grabbed your bag. Even on the edge of a couple of steps, you come across with a challenging product. The product has such a low price (sometimes even at a moment that is not demanded) that you'll instantly bag it. Actually this small present sends a signal to your brain, saying that" Whatever you buy from here, you'll always profit a lot). At that point it gets much easier to decide. Besides, you feel much comfortable while shopping, and being aware that you'll eventually get into that line since your basket is already 'full'.

“Guidance” is also another decisive factor, affecting your decision. Almost all of us need a classified or an open source consultation. The moment that you walk into a bookstore, the first book sections that we come across are the best sellers, recently published and the selected books. If you don’t have any book or a writer name in mind, these sections generally conduct your choices. Lets go back to our IKEA example again. The sections that receive the highest attention are those 40 m2, 60 m2and 80 m2 house simulations, respectively. The given inspiration in this case has an influence on the decision-making process by doing his duty in stimulation.

“Classification” is also regarded as one of the most important methods. The brain, not only during its decision, but also during every function of it, needs a matching of its perceptions. That’s why the consumer starts to wait for the classification of those alternatives without even being aware of what is going on.

Lets put an end with the “feedbacks”. It is also another important stimulation mechanism. I am moving in the direction of decision but am i doing the right thing?

It is quite an important issue to wake up the consumers and activating their information system, putting an error mechanism into play by giving regular messages.

I advice to all those marketing professionals to take up the hobby of discovering the secret world of a brain. During this entertaining journey, you will find the opportunity of not only meeting with your customers, but also the opportunity to get to know yourself better. 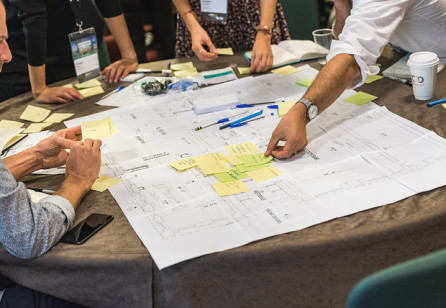 Service Design in Criminal Justice: A Co-production to Reduce Reoffending 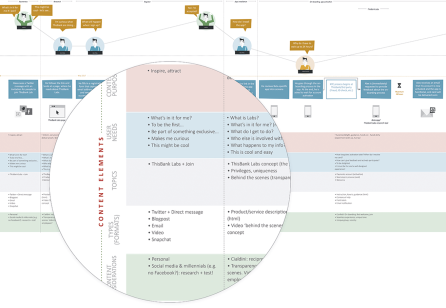 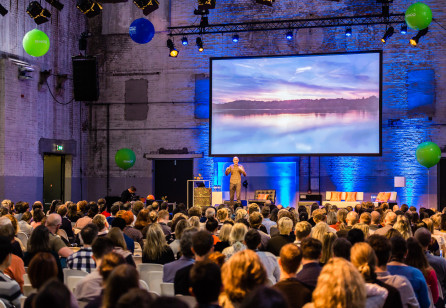 Towards the New Normal

We asked Dutch-based design consultant Dennis Hambeukers to recap his SDN's Global Conference 2016 learnings in both written and visual form. 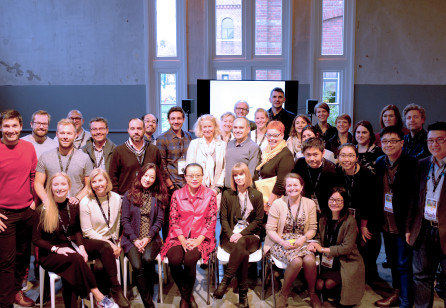 This digital publication celebrates the amazing work of the SDN Chapters. Last year saw five new chapters become official, four chapter run national conferences and a variety of other unique chapter initiatives which we commend in this publication.