This interview is part of Touchpoint Vol. 11 No. 1 - Service Design for Innovation and Start-ups Discover the full list of articles of this Touchpoint issue to get a sneak peek at more fascinating articles! Touchpoint is available to purchase in print and PDF format.

For this edition of the Touchpoint Profile, Editor-in-Chief Jesse Grimes speaks to Luis Alt, one of the studio’s founders. Luis Alt founded Livework in Brazil and created the first Design Thinking course in Latin America. Since 2017, he is a jury member of the Service Design Award and has co-founded SDN's Brazilian Chapter.

Jesse Grimes: Next year will mark ten years of Livework's Brazilian studio. There are only a small handful of specialist service design agencies around the world that have been around that long. What was it like establishing service design in Brazil back then, and how have you seen the market mature in the meantime?

Luis Alt: We are delighted to have seen service design develop into an established discipline and to have contributed to its success in Brazil. When I got started, in 2009, I founded the first service design agency in Brazil, only because there were no companies hiring service designers back then. At the beginning of 2010, we were fortunate enough to have Livework founders Ben Reason and Lavrans Løvlie believe in the dream we had for service design in our region, and this led to us becoming Livework São Paulo.

Considering the influence that the United States has on our country, we decided that our initial focus should be on Design Thinking instead of service design. So, in 2010, we founded a Design Thinking course at a reputable business and marketing university in São Paulo called ESPM. The following year we published the first book on the subject that was written in Portuguese, and it was filled with local project cases. We later found out that those were really pioneering activities of their kind from throughout Latin America.

Deciding to explore Design Thinking as a concept and to educate the market were two of the best moves we could have ever made. Back then, it was all about this ‘new way’ of doing things, not as much the object of change (services). As time passed, we began introducing to the market some concepts that are more attached to services, reinforcing our position as service design pioneers in the world.

Convincing business executives to invest in design at a strategic level, however, was very difficult. When we started here, Livework had been on the road for about a decade in Europe but, because project results have always been hard to gather and scepticism reigned among executives, landing important projects was very difficult. Today the market is in a different place. Organisations understand what design can bring and are more open to diving in to situations that are more open-ended and risky – they have no choice. Also, the track record that we currently have helped to change the way projects are sold and delivered.

Lately, I see the evolution of service design in the region in many ways. First, the demand for service design instead of Design Thinking has been growing. Clients are more familiar with what we do, so many briefs come with the understanding of how we can generate value within organisations. It is much more common to work with clients that are also service designers, which shows how much the discipline has evolved. Having educated thousands of professionals with open workshops or in-company ones, we see terms like ‘service blueprint’ and ‘customer journey’ being used more frequently in business meetings, which are more user-centred than ever. Finally, as I mentioned before, it is often the case that it’s no longer necessary to convince executives of the benefits of design. It is now widely understood and valued by a large group of decision-makers.

I don’t see many differences between our region and other parts of the world in the way service design (or design in general) has evolved. We finally got a seat on the table, we are helping organisations to make crucial decisions and take significant steps, and we are developing a universal language that is recognised more broadly. We still face challenges to get projects implemented the way we thought of them, and to have precise ROI numbers to attach to our business cases. We learned, nevertheless, that working as close as possible with clients and establishing a continuous relationship with them can help with both of those challenges. All in all, the market has gotten more confident with what design can deliver.

Although languages and borders understandably divide the market, I have been very impressed to see the scale at which interaction design is being practised in Latin America and South America. For example, the IxDA's regional conference there now exceeds their global conference in size, and Touchpoint sees increasingly more submissions from these regions. How would you characterise the practice of service design in Brazil, in comparison to Europe and North America?

South America, as a region, is very much divided. Besides the continental proportions, we have, as you’ve mentioned, a language barrier that sets Brazil apart from the rest of the countries (we speak Portuguese, almost all other countries use Spanish). So, unfortunately, real integration is still far from occurring – even though IxDA’s regional conference is a landmark, and one of the best movements in this direction.

Although we have many huge corporations in the region, the current state of service delivery, in general, still feels very much behind Europe and the United States. We do have some sectors that are global benchmarks, such as financial services and beverages, but that’s not usually the case. So, while in our studios in Europe talk about ‘humanising services’, over here we are still doing many projects that focus on plain ‘digital transformation’. It is more common to see organisations still running to catch up to a new market benchmark set by someone else, rather than actually pushing a service agenda forward. The good news is that we feel we are able to help companies become digital by having a client obsession embedded from the start, instead of adding that element once they’re already there.

We’ve also seen a keen interest by companies to have internal capabilities to deliver on service design instead of only hiring projects from agencies like ours. Therefore, we have been doing many projects to help define a strategy for service design and to build capability through method development and training. This movement has been happening from the day we opened our São Paulo studio, so we’ve been helping many organisations to have their own ‘Livework operation’.

I’m interested to learn a little more about what it’s like to pioneer service design in a market where it’s mostly unknown, and how to make a success of it. Looking back to your early days, what was it that helped you establish yourselves, and establish the value of service design? Are there techniques or advice can you share with service designers today who are playing similarly pioneering roles in places such as Eastern Europe, Africa, Southeast Asia and India?

We began with training, organising events and talking about design in general. Before we became Livework, we used the few projects we had in our track record, as well as cases by renowned agencies (such as Livework) to explain the benefits of service design. Our urgency was to generate awareness to convince potential clients of what we could do, while also building a community around service design so that other people would talk about it as well. Back in 2010, I don’t know how, but we had a ‘Ning’ community called ‘Service Design BR’ with more than two thousand people that were curious about the subject. I’m not sure where all those people are now, but I’m pretty sure we did make some noise back then, to start building momentum.

Connecting with our peers overseas and participating in the global community was also very important. I was fortunate to go to the first SDN conference in Amsterdam, and since everyone is very open, I made good friends with people that are now central to the community. Chatting with them virtually or in person always brought insights to the work we were developing in Brazil.

Lastly, I would say that practising is an essential thing in the beginning. Having your work to show, getting acquainted with tools and learning to create new ones on the go is what makes you more confident to work on more important jobs, once you get them. Seeking to create impact, even if it’s small at first, and getting your hands dirty with passion for what you do is truly the secret sauce. This last part is such a cliché that I’m ashamed of having said it. However, it is absolutely real! 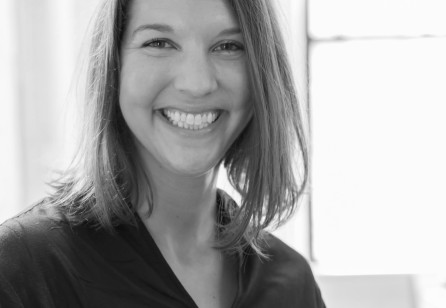 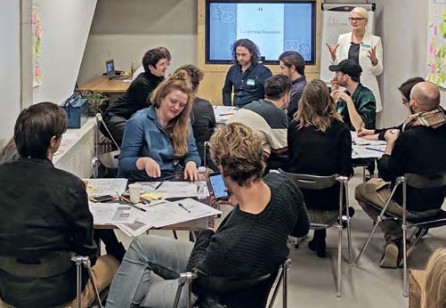 Anna-Sophie Oertzen is a PhD Candidate exploring how co-creation with different actors may be used to design and deliver profitable, user-centric services. For that, Anna-Sophie uses her business background specialised in marketing, strategy and innovation, her experience in conducting user research, and her practical service design knowledge.