On December 1st, twenty members of SDN DC gathered at the Open Gov Hub to view a selection of presentations from the 2016 SDN Global Conference and engage in discussion and debate

In true movie night fashion, members of the DC Service Design community grabbed some popcorn, pizza and soda and sat down for a few hours to get their fill of inspiration from SDN's Global Conference.

Members had the opportunity to vote beforehand on the topics they were most interested in and the four chosen were:

After each screening, chapter co-founders Jeneanne Rae and Lisa Mendelow led a moderated discussion, and the audience did not disappoint with their enthusiastic and thoughtful contributions.

Birgit Mager's talk prompted conversation around the seemingly overwhelming array of disciplines that Mager suggests that Service Designers bring into the fold. An overarching challenge in a place like DC -- and presumably most places -- audience members suggested, is both communicating what Service Design is and the value it brings, and the challenge is further complicated by the numerous disciplines with which we must engage. One audience member suggested that culture plays into this strategy and that we should not assume that there is a "one-size-fits-all" solution to this ongoing challenge.

Next, Holder Hamph of BMW had the audience intrigued with his admission that rapidly changing technology is necessitating a complete perspective shift on the part product companies like his -- that in order to remain relevant, analog "bent sheet metal" cars can no longer be viewed as an end in and of themselves, but rather a means to fulfilling meaningful experiences. One member quipped that while it's remarkable for him to admit, he did seem awfully calm about the momentous sea change that was overtaking his industry. Some wondered which, if any, car companies as we know them today, will be around in 20 years' time.

Because the discussion was so animated, we ended up skipping the screening of Spotify's Katie Koch and went to Google's Erin Muntzert. The conversation around this talk seemed to bring topics discussed all evening full-circle. It reignited conversation about the Service Designer's role in bringing a wide range of disciplines together around a common cause, and it provided some concrete suggestions for creating buy-in which audience members were wondering about earlier. The amount of empathy that the Google Research team showed for its internal team members -- starting with creating data-driven hypotheses for such an engineering-focused company -- was notable and very much resonated. And on the topic of digital versus analog, one other audience member was quick to caution that in contrast to companies like BMW, companies like Google should avoid the temptation of assuming that digital technology is the only answer to creating meaningful experiences. She and others agreed that finding a balance of the analog and digital will be key for all companies in the coming years.

The conversation could likely have continued for hours and many members of the audience expressed the desire to continue them both online and off -- an encouraging sign that the DC chapter is off to a very healthy start! 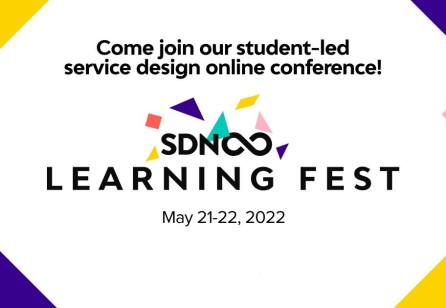 The SDNLF22 is an international virtual conference connecting the next generation of service designers. Open to all disciplines, our goal is to facilitate learning and push the boundaries of service design to foster growth, together in synergy. 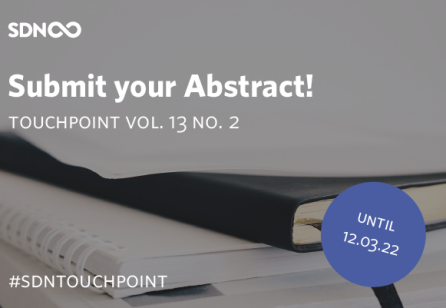 The Call for Papers for our next issue of Touchpoint is open! Submit your abstract by 12 March 2022 and help us to advance the service design field and its practices. We’re looking forward to many inspiring contributions! 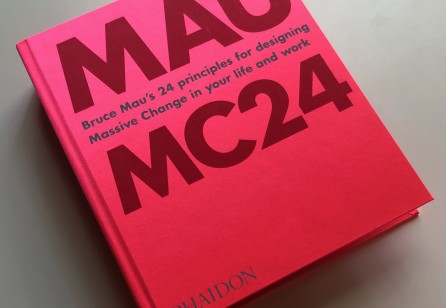