A Mindset for Service Design: a Logic to the Madness

A Mindset for Service Design: a Logic to the Madness (3 part series)

In a three-part series, Mauricio Manhaes, Design Researcher and Professor shared what is required for a shift in mindset to practice service design and how systemic change is a part of it.

More than 100 designers from around the world attended The Mindset for Service Design: a Logic to the Madness. The three part series explored how history has shaped our thinking and perspective, where reality needs to be perceived from different places of truth, and how human interests have evolved to the practice of service design as we know today. The event was co-hosted by Service Design Pittsburgh, Service Design Atlanta, and Service Design DC with guest speaker Mauricio Manhaes, Associate Design Researcher at Livework and Service Design Graduate Program Coordinator and Professor at the Savannah College of Art and Design (SCAD).

Below are brief highlights from each talk.

In this first event, we explored the past 12,000 years to understand these major paradigms and their effect on the world. In the earliest civilizations, a hierarchy was established to explain the apparent dominance humans felt over animals and nature. This relationship led humans to believe that higher powers had dominance over them, thus creating the concept of religion -- the idea that we do not have complete power in this world. We understand this era now as the beginning of premodernity. This paradigm shifted during Enlightenment, where humans came to realize their power in the way the world was developed. The development of technology and large-scale societies gave the impression that humans controlled the world, not higher powers. The culmination of this paradigm led to the Industrial Revolution and the assertion of human will on the world, which we understand as the concept of modernity. A crisis in this paradigm came after the second World War, when humans were faced with the atrocities they created. Now, instead of seeing ourselves as the ultimate power in the world, we understand that we are part of larger systems. This decentralization of humans’ power in the world created the concept of postmodernity, where systems of relationships control the way the world operates.

These paradigms represent various approaches to the way humans understand their relationship to the world. Even though these concepts were developed sequentially, one paradigm should not be considered better than another. Each paradigm brings a unique perspective about the world and can be leveraged depending on the situation. Postmodernity can only be explained and utilized through our collective understanding of the paradigms before it.

During the previous talk, we learned about the development of premodernity, modernity, and postmodernity throughout human history. The second event expanded upon these paradigms, laying the foundation for understanding our perceptions of reality. The question, “where is the truth located?” will be answered differently depending on which paradigm you are using to understand the world. In a premodern mindset, truth is located above human understanding -- something that cannot be understood. Modernism contradicts this understanding, stating that truth can only be found by the exertion of human will on the world around them. Postmodernism carries this concept further, explaining truth as an individual experience, rather than a monolith. By understanding each paradigms’ perspective on truth, service designers can develop better ways to understand the impact of their designs.

Throughout this series, we developed an understanding of various paradigms and how they operate. This final event contextualized these understandings in the work of service designers, taking us from abstract concepts to actionable methods. Designers often collect data through quantitative and qualitative methods; however, these methods often fail to consider all of the paradigms discussed in the previous lectures. As stated before, each of these paradigms brings a unique perspective to understand the world. In practice, designers can utilize these perspectives in the way they conduct research. Breaking from the qualitative/quantitative method, a more holistic understanding can be developed by using three research methods based on the paradigms. The premodern perspective asks us to question how we gain technical control, otherwise known as instrumental data. Modernism questions the interpretations that allow us to act in a certain way, known as practical data. Postmodernism explores the alternatives, allowing for data that is free from hypostatized powers, known as emancipatory data. The combination of these data sources allows for design that better reflects a holistic reality. Given the holistic approach of service design, our methods of research should reflect the composition of reality.

Thank you to all those who participated and engaged in lively conversations. Much thanks to Dr. Mauricio Manhaes for enlightening us on how we can incorporate systems thinking mindset in service design and practice it more authentically. If you missed the events, check out the event recordings here! 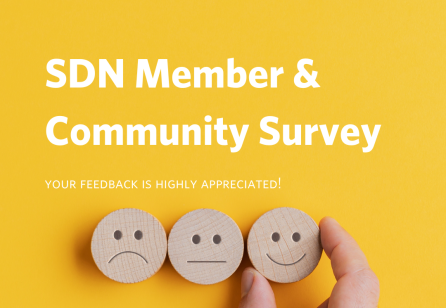