After almost a century, and several failed attempts to establish a coherent rural land identification and registration system across the whole of Portugal; a cooperative initiative between different Government sectors was created in 2017. This initiative had one goal: to finally understand who owns what, and where.

Designing a viable land for future generations - by With Company

After almost a century, and several failed attempts to establish a coherent rural land identification and registration system across the whole of Portugal; a cooperative initiative between different Government sectors was created in 2017. This initiative had one goal: to finally understand who owns what, and where.

In order to test a new approach, a pilot-project targeting 10 municipalities in the interior region of Portugal was created. Its goal was to mobilize rural property owners to identify the location and limits of their properties on a digital map, based on satellite images , at local information desks and with the help of specialized technicians. Our role was to design the entire experience of this public service and define the mobilization strategy, with the goal of mapping more than 50% of the combined territory across these 10 locations.

Through a Service Design approach, we immersed ourselves in this context by re-locating ourselves to one of the municipalities, listening carefully, exploring the lands, engaging stakeholders and putting the users and client at the centre of the project. We set up a dedicated team of distinctive brains (Researcher, Creative Strategist, Strategist, Digital
Designer and a Multidisciplinary Designer) and engaged the remaining project partners to create the conditions to generate good ideas and outcomes.

We used qualitative and ethnographic research methods as a way to explore the problem from different perspectives. We did in-depth interviews, to learn about the origins, the stories and the relationships people have with their lands. We made participatory and non-participatory observations, to see how people actually manage and define the limits of their lands and also learn about how they experienced the service. We did context immersion , by putting ourselves into a land identification and registry process, where we even tried to buy an 11,572m 2 property. We used mobile ethnography, to self-document the experience. We facilitated co-creation sessions, to involve and generate commitment from local stakeholders and ultimately, we role-played and prototyped for empathy, to learn and test different scenarios, experiences and approaches to the population.

During our research we conducted over 40 interviews, observed more than 30 processes from users at the information desks, involved more than 15 local stakeholders in participatory design sessions, visited more than 14 locations (10 municipalities + other similar contexts), travelled more than 5,000 km and by doing this we were able to:

Throughout the research we aimed to continuously document (audio recordings, videos, photos and interviews scripts), analyse and interpret the information we were gathering. Among dozens of findings, we were able to identify key insights such as:

Taking into account this and other insights, we were able to prototype and test several solutions and approaches along the way. Through ideation and co-creation we developed:

We produced several deliverables during the project, from recommendation reports, that were used to redesign the information desks; to communication assets, that were deployed from day one. We have divided the highlights into four main categories:

Our work impacted the pilot program in two main ways. First, by significantly improving the existing process. And secondly, by bringing to the table a new way of approaching the challenge, one that didn’t rely on a slow information gathering process.

This impact can be easily measured over time. Before the program was launched, there were 243,195 hectares of properties that needed to be georeferenced by their owners across the 10 pilot municipalities. From November 2017 to the middle of January 2018, the program achieved a 2% registration and identification rate. This was around the time when we presented our research reports and the new, indirect, approach.

Once the service design report recommendations started being applied, we saw significant improvements in the number of properties georeferenced across all municipalities, and the percentage of registration and identification skyrocketed to more than 50%, as of November 2018.

This percentage represents 112,067 hectares of rural land properly identified and labelled, with a significant percentage coming from 82,860 contributions made by citizens. On top of this, the mobilization strategy brought 45,000 individual counter bookings that couldn’t be fulfilled as of November, thus by the end of the project, demand exceeded supply.

On the other hand, although not yet law-abiding, the indirect method allowed us to identify the location of all existing rural properties belonging to citizens across the 10 municipalities.

Through this method, we were also able to centralize the geolocation data about public properties, forests and agricultural land that was until now dispersed and thus not taken into account for land management policies. During the project, this type of properties accounted for 112,067 hectares of georeferenced land.

On a more qualitative dimension, our participatory research approach, that took us to one of the municipalities for a month, had a direct impact on the involvement of all local players and the willingness of the local population to be part of the pilot program.

In the end, these results made the pilot program a success, and a timeline extension was granted so that the missing area can also be georeferenced throughout 2019. The expansion of the program to the entire Portuguese territory is now being discussed and should be rolled out by the end of 2019.

This project was the perfect fit between a complex problem, political will, a wide range of public and private partners, motivated teams and a design approach for problem-solving. Throughout it, we had to demystify myths about what it means to manage rural land, the best methods for property identification, how owners value their properties, the role of municipalities and much more.

We also had to collaborate with many entities that had never before heard about service design or design thinking. But through continuous positive results, we were able to build trust.

We went from analysing 50-year-old documents by hand, to deploying big data and machine learning across huge sets of data. Along the way, we had to question the service design tools, methods and processes we have always used, and re-created them, so they would allow for deeper participation, beyond listening and observation.

The approach we deployed is seen inside the Government as ‘The Way’ to tackle challenging problems, with the broader discipline of design being now seen as capable of leading these kinds of projects.

As of today, we are already working on a bigger challenge: how to transform this pilot program into just one use case of a thousand ones that could be solved through a platform, open to all, that centralizes public-data related to rural land? 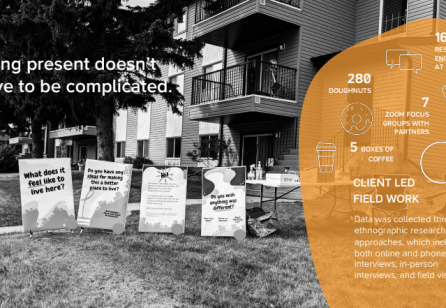 The client is a small organization that supports affordable housing options in a small municipality and surrounding area. In 2021 they commissioned The consultant, a human-centered design agency to conduct an independent assessment of their current state of customer experience and to offer recommendations about how to improve it. 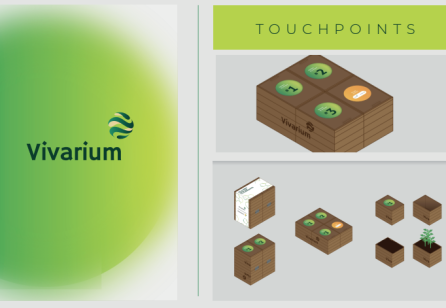 Atopic Dermatitis Is A Condition Beyond A Skin Disease

Atopic Dermatitis is a chronic, systemic, and immunological disease. Following the approval of the molecule in Latin America, a pharmaceutical company asked us to design a patient support experience program to be implemented in Colombia geared towards offering comprehensive support to the various actors involved. 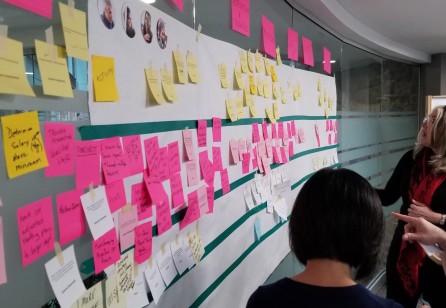 Design in a Crisis: Rescuing the Pay Experience for Federal Government Employees

In 2016 the Canadian federal government introduced a new pay system, called Phoenix. The system was meant to be automated and cost-effective, saving the government millions of dollars a year. Instead, what transpired is described as the most serious pay debacle in Canadian history and an “incomprehensible failure” by the Canadian auditor general. While the federal government exists in its current state of transition – waiting for a new system and unable to go back to the old one – individual departments throughout the federal government are designing their own band-aid solutions to support employees. 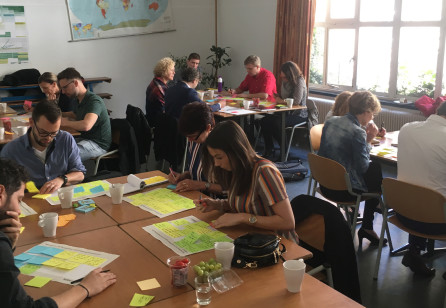 During the spring of 2019 Dutch newspapers were filled with articles about stress in pharmacies, due to regular medicine switches for patients. These switches are caused by material and medicine shortages, poor deliverability, a change in preferential medicine of various health insurers or pharmacists, or medicine being taken off the market.