This event was the second part of the 3-part series of conversations on the intersections of Service Design (SD) with User Experience (UX) and Customer Experience (CX).

The topic for the evening’s event was exploring SD and UX. Mediabarn graciously offered us their space, as well as dinner, at their headquarters in Arlington for a film viewing and panel discussion. The event kicked off with short film Design Disruptors by InVision. The documentary revealed how the world’s top 15+ companies use design to transform their industries. The film illustrates how leaders in organizations like Netflix, Google, Facebook, and Airbnb succeed with integrating design in their business process. Some takeaways from the film include design leaders in every industry believe that design is looking at old-world problems and solving it with new-world technologies, and design is continuously looking for ways to stir emotional connection between humans and their surroundings. One comment from the film that made everyone erupt in laughter was designers like to invent names for their titles. The short film helped set the tone for the discussion to come.

For the second part of the night’s event, four panelists from all discipline and background headed the discussion. Sitting on the panel was Keith Deavan, founder of Mediabarn, who first began adopting design back in 1994 at AOL. Next was Amanda Chavez, VP of Design at Cognosante, who stood up the design capability to scale it across her organization and with clients. Also on the panel was Jimmy Tran, a director at Peer Insights. Lastly, Joe Garcia, a design strategist at Capital one, works at the intersections of business, design, and technology within his company. The panelists discussed their definition of UX and SD and shared their insights on how design became fully integrated in their work and daily life. They argued that design is more than a single design team but extends to all stakeholders involved in the process. The discussion jumped from understanding and defining design to the nomenclature of design when the audience began to join the conversation. Some contended that UX has a technological or digital connotation while SD incorporates both front-end and back-end processes. Others argued that these parameters are ways of standardizing, and to an extent, limiting what designers can or can’t do. There were different views as to whether we should standardize design or let design thrive in ambiguity. Another viewpoint was lodged about titles and names within SD and UX, noting that they aren’t significant in the bigger picture of design, which is for building a better future.

The conversation between the audience and panelists was thought-provoking and led to more questions because designers are always curious and never satisfied. That’s why this conversation will continue in the last part of the series coming soon (stay tuned for dates and times). 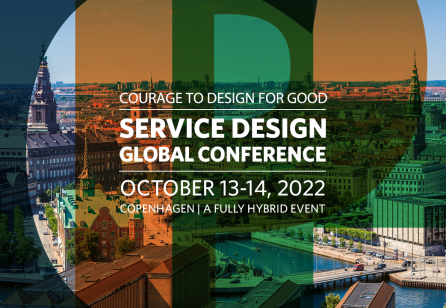 There is still time to register for the Service Design Global Conference 2022 which will take place in Copenhagen, October 13 - 14, 2022. 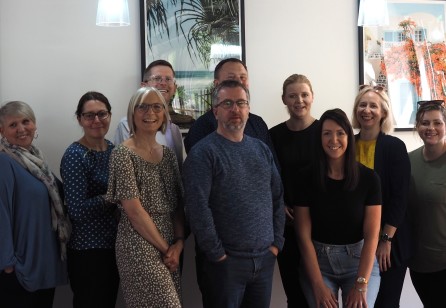 Take advantage of the early bird tickets and register under reduced prices until September 7, 2022.