Think back to your last memorable experience. Was it positive or negative? What stands out to you most? What happened in between? How did the experience start? How did it end?

Your memory of this experience is most likely based on interactions occurring within its highest, or lowest, moment and its end, rather than the total sum or average of every moment within the experience. You may be able to remember all other information, but your judgment doesn’t take that into account. This phenomenon is known as the “peak-end rule”. Regardless of how pleasant or how long the overall experience was, a judgment was made based on peak moments of experiential intensity.

Why then is more time spent on problem solving within the valleys of an experience than raising the peaks of an experience to take it from good to great? As designers, we can relate to this approach–we are more often than not trained to fix problems than build on peak moments within an experience.

The reality is that all services will fail at some point. Paradoxically, a service that successfully recovers from a failure builds greater customer loyalty than a service that runs smoothly. As such, every great service company needs to excel at service recovery. However recognizing that something will inevitably go wrong, and setting up systems to turn a fault into a feature, is often a missed opportunity for many companies. So how do we capitalize on this?

Defining moments rise above the everyday routine. They provide not just transient happiness, like laughing at a friend’s joke, but memorable delight. Three ways to create moments of elevation are: to boost sensory appeal, to raise the stakes, and to break the script.

Mastery Charter Schools boosted sensory appeal by hosting a pep rally every National Signing Day. Their high school students, typically from underserved communities and often being the first person within their family to go to college, would publicly announce the college they planned on attending in front of their families, faculty, and members of the local community. What would have otherwise been a private moment is transformed into a community event with much fanfare. This event drove more students who might not have otherwise thought about going to college to at least consider it, because they wanted to be part of this once-in-a-lifetime event.

Hillsdale High School raised the stakes by breaking the monotony of another written report with a mock trial in which each student had a role to play in presenting and judging the case. At the end of the semester, they brought this case to a courtroom where a judge presided over their case and their parents watched from the benches. For some students, this was their first time wearing a suit, or sitting within a courtroom.

Southwest Airlines broke the script with their creative safety announcements. Instead of creating a video for these announcements, which are likely to be ignored anyway, the airline encouraged flight attendants to break the script and add their spin on this necessary but often boring part of any flight. To incentivize creativity within their teams, a hall of fame memorialized the most outstanding efforts. Customers who were entertained by these announcements were more likely to fly with Southwest again, all for a nominal financial investment from the airline.

Moments of insight are defining moments that rewire someone’s understanding of themselves or the world, potentially influencing them for decades to come. In a business to consumer (B2C) context, this could be the difference between a company earning thousands of dollars or not, or in the case of public service campaigns, life or death.

In Made to Stick, Chip & Dan Heath tells the story of a campaign to stop popcorn from being popped with animal fat. Several health departments were looking to dissuade consumers from buying this unhealthy popcorn with an advertisement that said, “a bag of popcorn contains 30 grams of fat.” After bringing in a consultant, who also worked on the “Don’t Mess With Texas” campaign, the ad headline was changed to “a bucket of popcorn contains more fat than a bacon-and-eggs breakfast, a big Mac and fries for lunch, and a steak dinner with all the trimmings combined.” Both versions of the ad said the same thing but the latter was reframed for a consumer’s context, increasing the likelihood of the message resonating with them.

In the business to business (B2B) context, how service designers translate key insights for their organization is critical to those insights translating into real change, especially for stakeholders who work extremely close to the product/service and are likely to be offended by any feedback. Sean argues that human centered design and culture change are two sides of the same coin — improving an experience without others coming on the journey is self-sabotage. How might we springboard people to come to realizations of their own?

Microsoft Azure’s project manager believed the product had the potential for exponential growth. Through research however, he discovered that customers had a steep learning curve in getting to know the product, which made the product experience unenjoyable. He brought these insights to several meetings each time with various stakeholders within the company and was repeatedly rejected. “This is a technology issue,” they would say and opted for technology based solutions, rather than experience based ones. Fed up with trying to convince his colleagues with words and feedback alone, he held a two-day workshop with his Microsoft Azure colleagues across departments and seniority. In small teams, they would come up with an idea for a company on the first day, then build it on Azure on the second day. Midway through the second day, the executives were so frustrated with Azure that they resolved to fix the experience of the product. They end up tweaking the structure of their product roadmap to prioritize user experience and user interface design.

Moments of pride are defining moments that capture someone at their best, usually involving an accomplishment or an act of courage. People who act altruistically, such as donating blood, do not require any sort of payback. Yet the Red Cross in Sydney decided to send a thank you to each donor in the form of a printed newspaper article. The article featured the donor as a life-saving hero and included details about what was done with their donation, how much the donation helped, and when the next opportunity for donation was.

The Red Cross chose not to let the customer journey end with the lethargy, pain, and discomfort usually experienced after a blood donation. They added a peak moment by stoking the sense of pride a donor may already feel for their altruistic act. Bonus points for making a repeat donation convenient for their donors.

Humans are social creatures. From sporting events to presidential swearing-ins to weddings and graduations, or even everyday triumphs, many defining moments happen in the presence of and/or are celebrated with others. Such moments are amplified by having others to share it with.

Sharp Healthcare is a large healthcare group in the U.S. with various hospitals, medical groups, and even a health plan. When customer satisfaction scores were down some years ago, the executive team decided to host an offsite with various cohorts across the group. Their goal was to create shared meaning through talks by various industry experts, testimonies from patients, and time spent with staff members from other departments. At the end of each offsite, the executive team would invite their staff to volunteer for grassroots groups to improve the patient experience. A total of 1600 people signed up for different action groups across the system.

One of those groups led to the program This Bud’s For You. It was initiated by a cleaner who began taking note of which patients did not receive visitors and would greet them warmly when he made his rounds. While leaving the hospital one day, he saw landscapers pruning the hospital’s flowers. When he realized the flowers were typically discarded once pruned, he asked for them to be salvaged and repurposed for patients who didn’t get visitors.

Sharp Healthcare’s willingness to invite all levels of its staff to make change where they are allowed them to discover new innovative ideas unique to the perspectives of each department.

While teams will have members of various talents and backgrounds, having a clear purpose knits each of them together through shared meaning. When done well, each member willingly contributes the customer experience from their unique perspective. This decentralization of service excellence means it goes from being something only designers care about to something everyone in the organization cares about.

A moment of shared meaning instils not the pride of individual accomplishment, but the profound sense of connection that comes from subordinating ourselves to a greater mission. — Chip & Dan Heath

For Sean, improving in a product or experience is rarely about getting to blue sky scenarios. Rather, raising an experience from good to great is as attainable as targeting a specific moment in the process and applying these principles.

Find this content interesting or useful? Follow the SDN New York Chapter on Instagram, LinkedIn, Twitter or Medium and / or join their Meetup group to hear about upcoming events. You can also find them on the global Service Design Network website — learn more about the larger SDN community there.

The New York Chapter of the Service Design Network, historically called the NYC Service Design Collective, is a non profit run entirely by volunteers that aims to make Service Design more accessible as a discipline and methodology. Join us for an event! 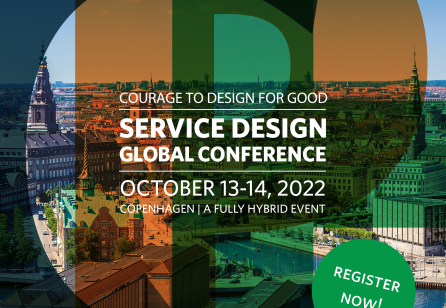 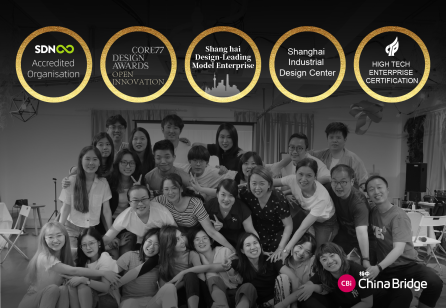