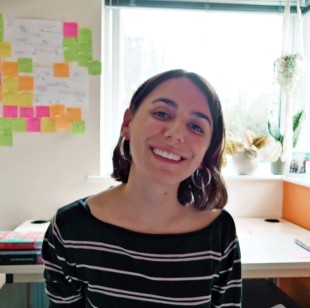 Hi! I'm Lucia, part of the service design team at Admiral Pioneer. I'm currently working in the areas of health and wellbeing within our first project focused on women's health.

Before joining the Pioneer team, I've been working as a freelancer and entrepreneur designer for the last years, enjoying the intersectionality of design, art, and technology on diverse projects. I recently graduated in Sustainable Design (MA), focused on social innovation, systems thinking, and design for service to drive collective sustainable change.

I'm passionate about social innovation and service design as powerful ways of addressing challenging and real problems with a user-centred mindset.

Related members From the same Organisation